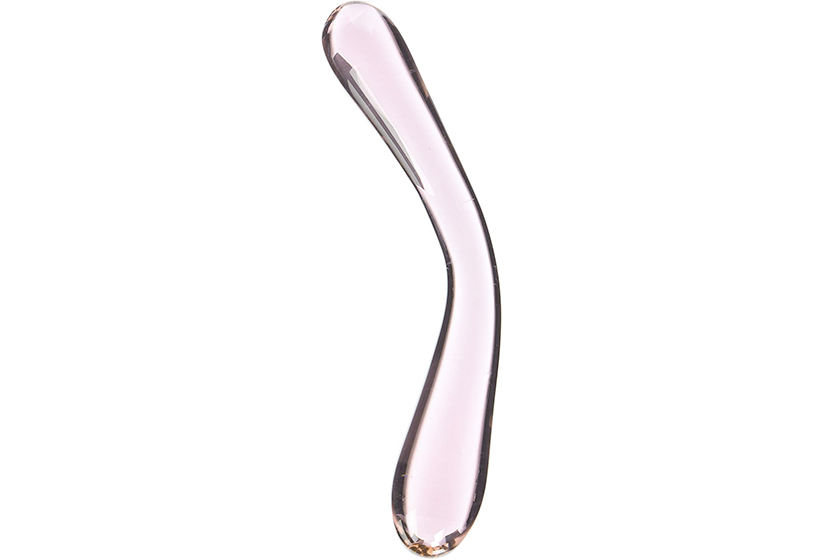 Heads nodded around the table; “It’s like butter,” my friend said, “sure, you could churn your own butter, or you could have a machine do it for you. I like my butter churned by modern science”. A fair point, but I considered that maybe I had never given dildos a decent shot. Maybe, like fresh-churned butter, there was something to be said for the classics. So, I eagerly awaited the lovely pink glass Athena. And I waited. And waited. As the folks from ToyWithMe will agree, Luxotiq seems to use the Pony Express to get your shipping done, and I had already planned, and taken, a trip to visit family in Israel before it finally arrived in a large box on my doorstep. My husband tore into the box with abandon… he’d been more eager about our new arrival than I had, and produced a lovely pink and white box, wrapped in a bow. It was a gift for my vagina! Very thoughtful of them.

We took the smooth glass space-alien-shaped toy out of its satin padding and a little card tumbled to the floor; “Luxotiq: Sold only as a novelty.” 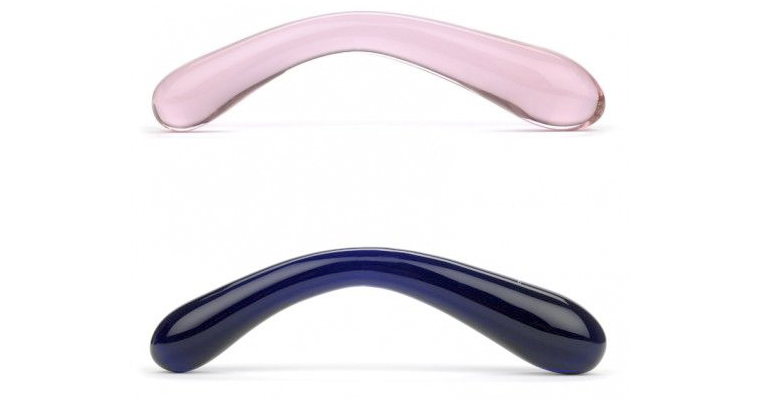 This Is A Very Pretty Toy

I got the Athena out of the wrapping, and went upstairs to try it out… not being entirely sure what to do with it. Ok, yes, I knew what to do with it, but I was like a stranger in a strange land, a girl without a country, a child of the modern in the land of self-butter churners. So, I sat down on the bed, grabbed my trusty little laptop, pulled up some of the better erotica that I like to read when I’m spending some quality alone time, and went to work.

I will say this: first of all, the Athena is a gently curved piece of rounded glass with two different sized heads at either end. It was actually quite nice having two choices out of one toy, and I found myself admiring just how pretty it is. One of the reviews I read said that it would make a lovely table piece when not in use… I don’t think I’d go that far. I’m not sure that’s what my mother wants to see when she comes over for dinner, but it is a very subtle, feminine piece.

Also, having never used a glass toy before, I was happily surprised to learn that the Athena traps body heat, something my vibrators had never done, so that after a few warm-up rounds it did start to feel like someone else inside of me. Major points! Though, the downside to those sleek, feminine curves is that there was very little texture for the G-Spot to enjoy. This is definitely a toy for the clitorally-stimulated among us, so if you need friction to get off, this may not be your best bet. That being said, I was not at all displeased by how smooth it was; it was actually a nice, relaxing change of pace to the WHAM-BAM-ORGASM MA’AM that you get with some vibrators. It was also easy as hell to clean, and dried quickly. Once I got into the swing of things, I found that without the noise of your typical vibrator, the Athena was actually quite a relaxing piece, and allowed me to have one of those orgasms that’s a lot like a nice glass of wine.

Diversity Is A Good Thing

In summation: I enjoyed this toy. And croissants.