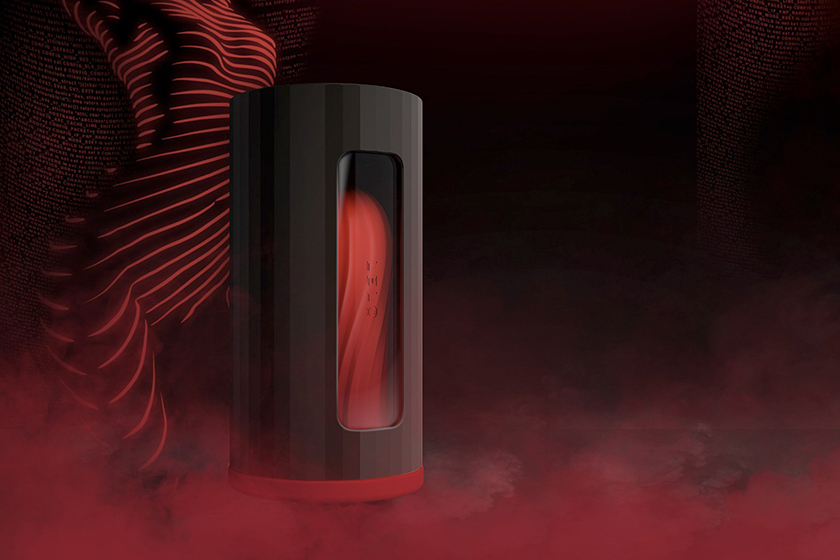 Lelo’s F1s is probably the most anticipated male sex toy of the last years. Lelo is known for producing some of the best luxury sex toys on the market and while the lunch of F1s Prototype was delayed by almost six months, it’s finally here and you can get your hands on.
Note, I’m reviewing F1s Developers Kit Red which is essentially the same but goes with an SDK that allows programming the toy. The toy was provided by Lelo free of charge so big thanks to them.

Probably the main selling point of the toy is that it uses SenSonic technology which “made LELO SONA the world’s bestselling sex toy of all time”. It’s actually a bit difficult to describe this technology without quoting LELO. SenSonic means that “one of the motors emits powerful sonic waves that permeate deep into your penis, making it feel as though it’s resonating pleasurably from all directions all at once, instead of simply tickling the nerve endings on the surface of your skin”. In short, vibrations penetrate your D, all right? 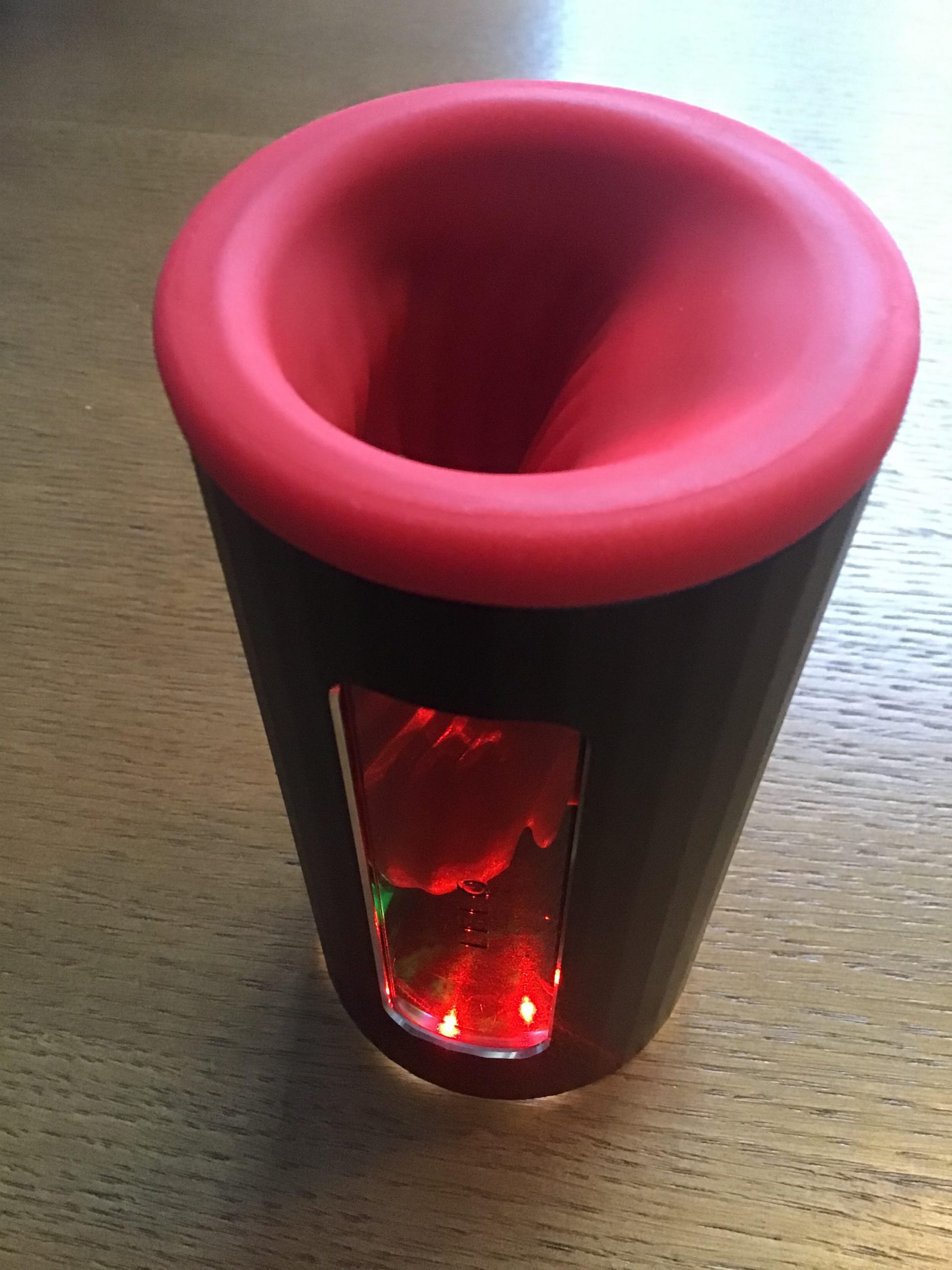 When I received a package, I actually thought it was a mistake. The box weighted almost nothing. Considering my previous experience with masturbators, they all weight at list one pound but not in this case. 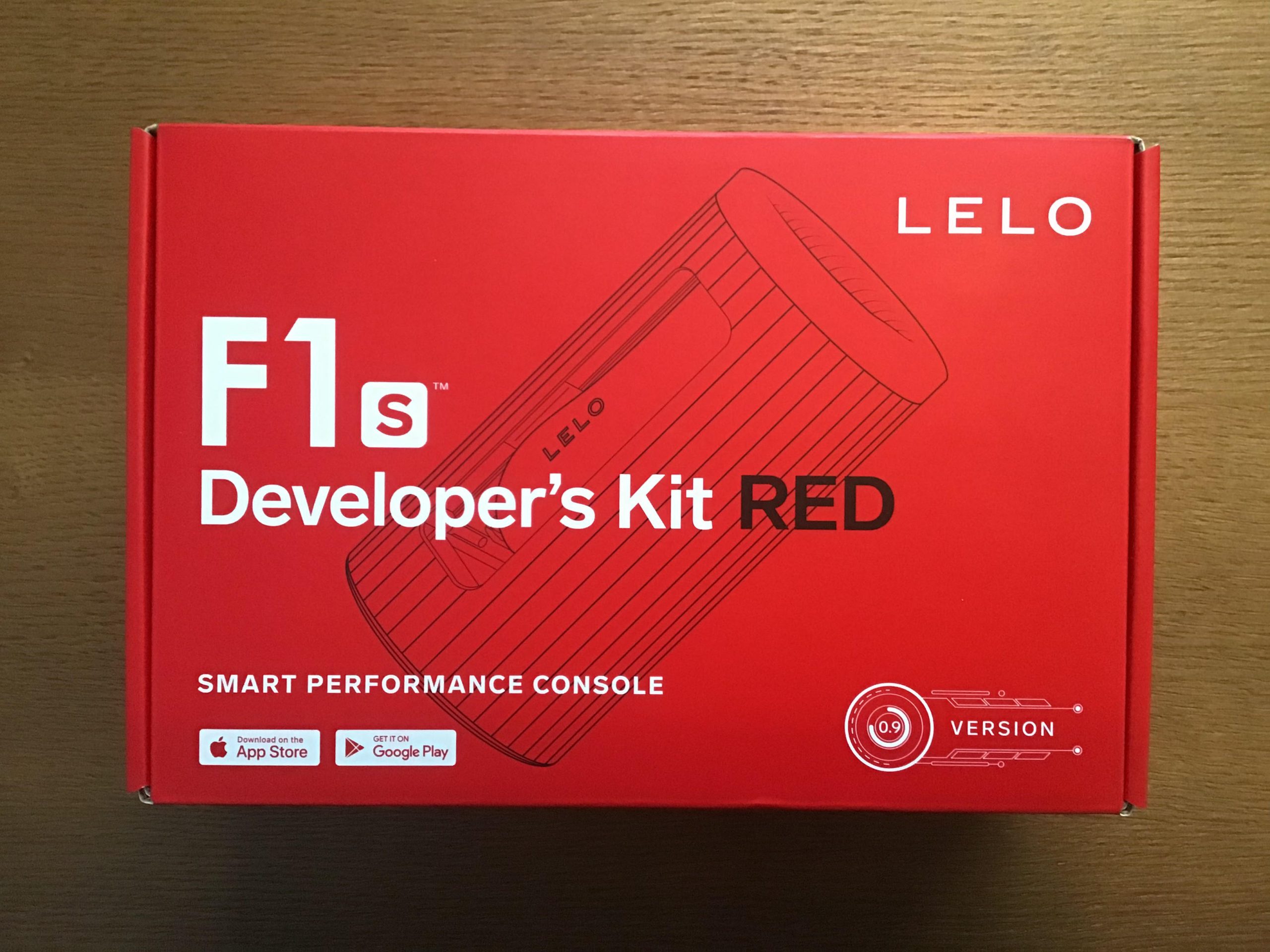 Inside the box you will find: 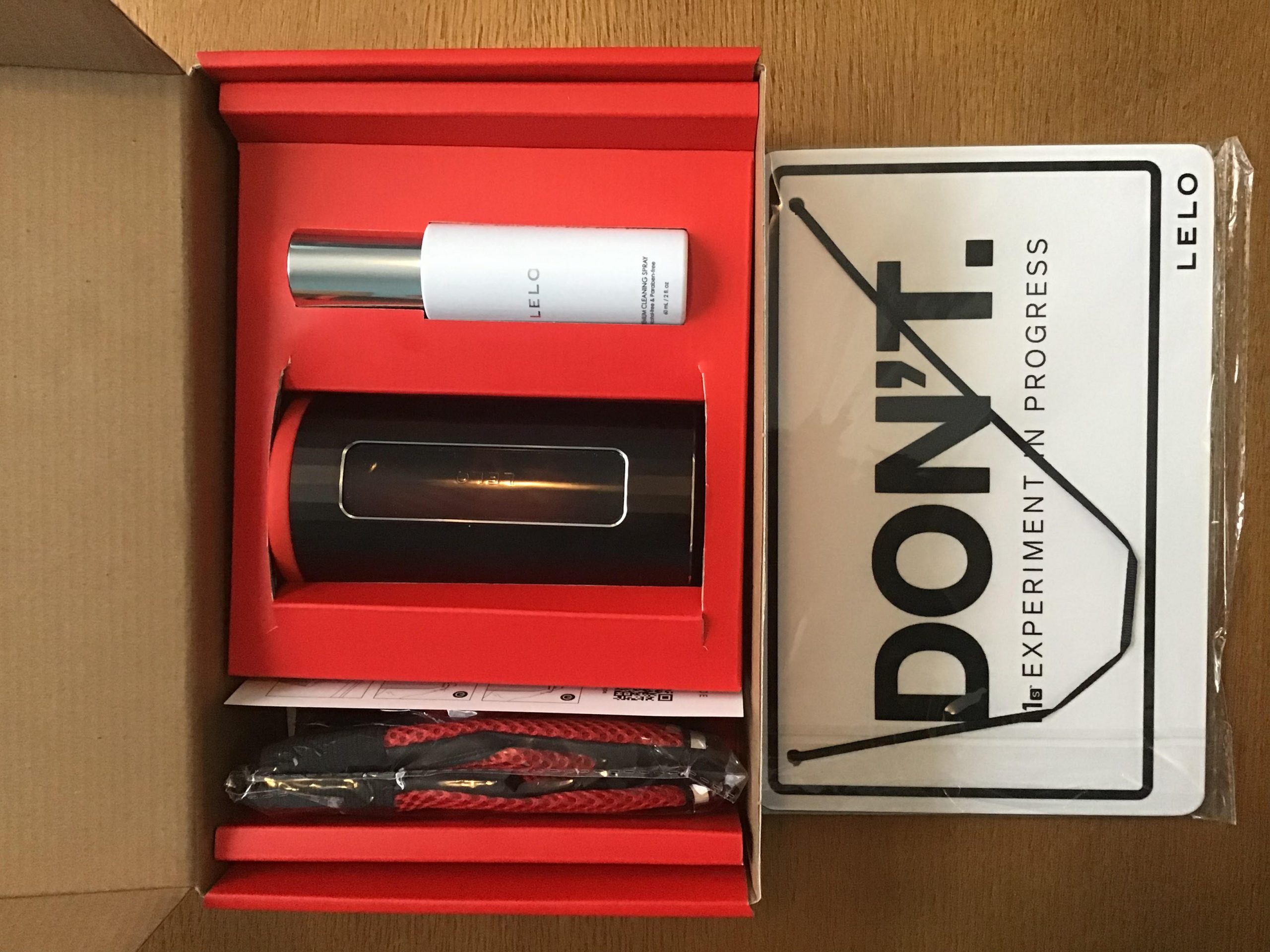 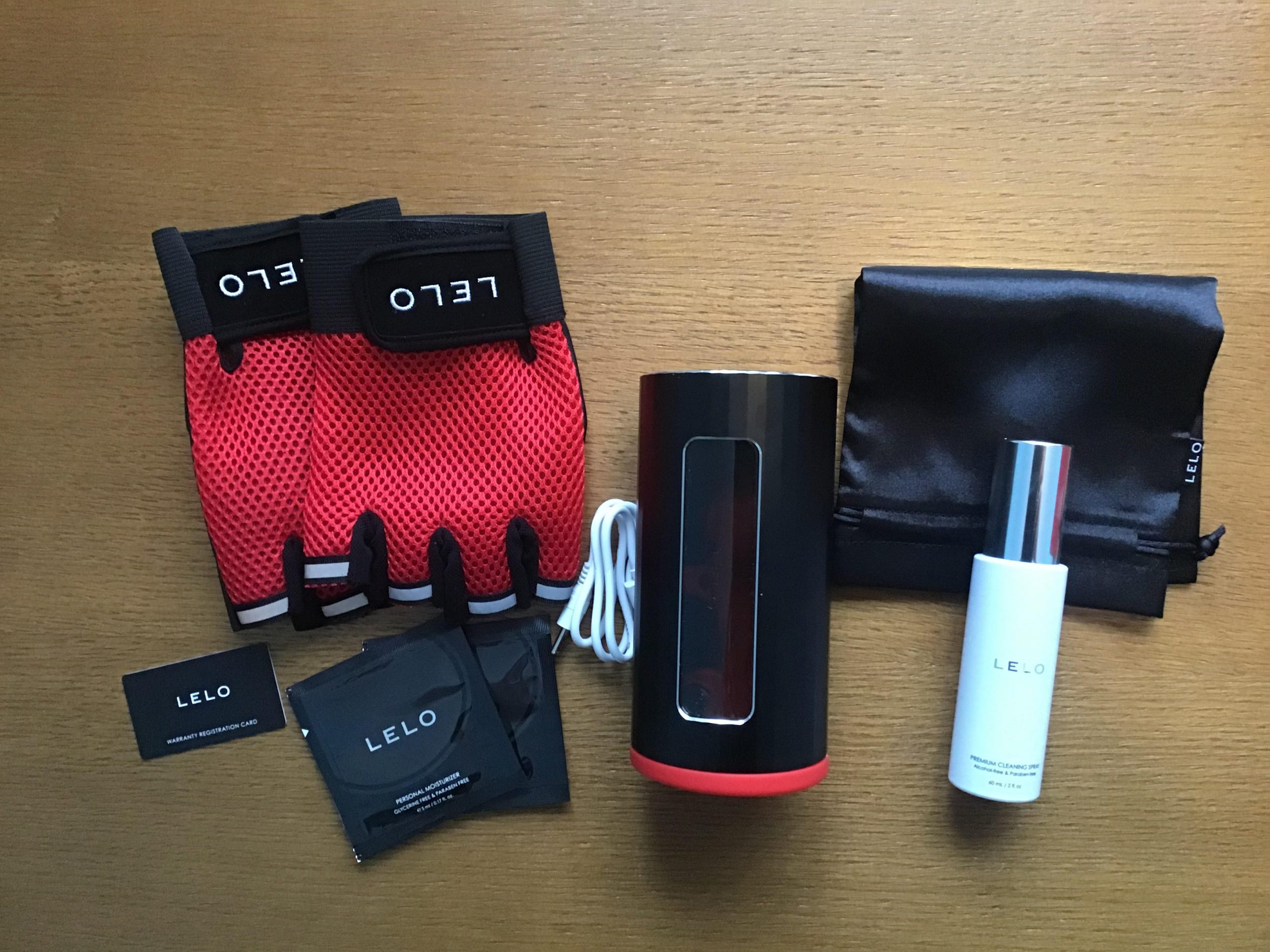 So far, it’s the best package I’ve ever received. Lelo really tried to think of everything you may need to accompany the toy. 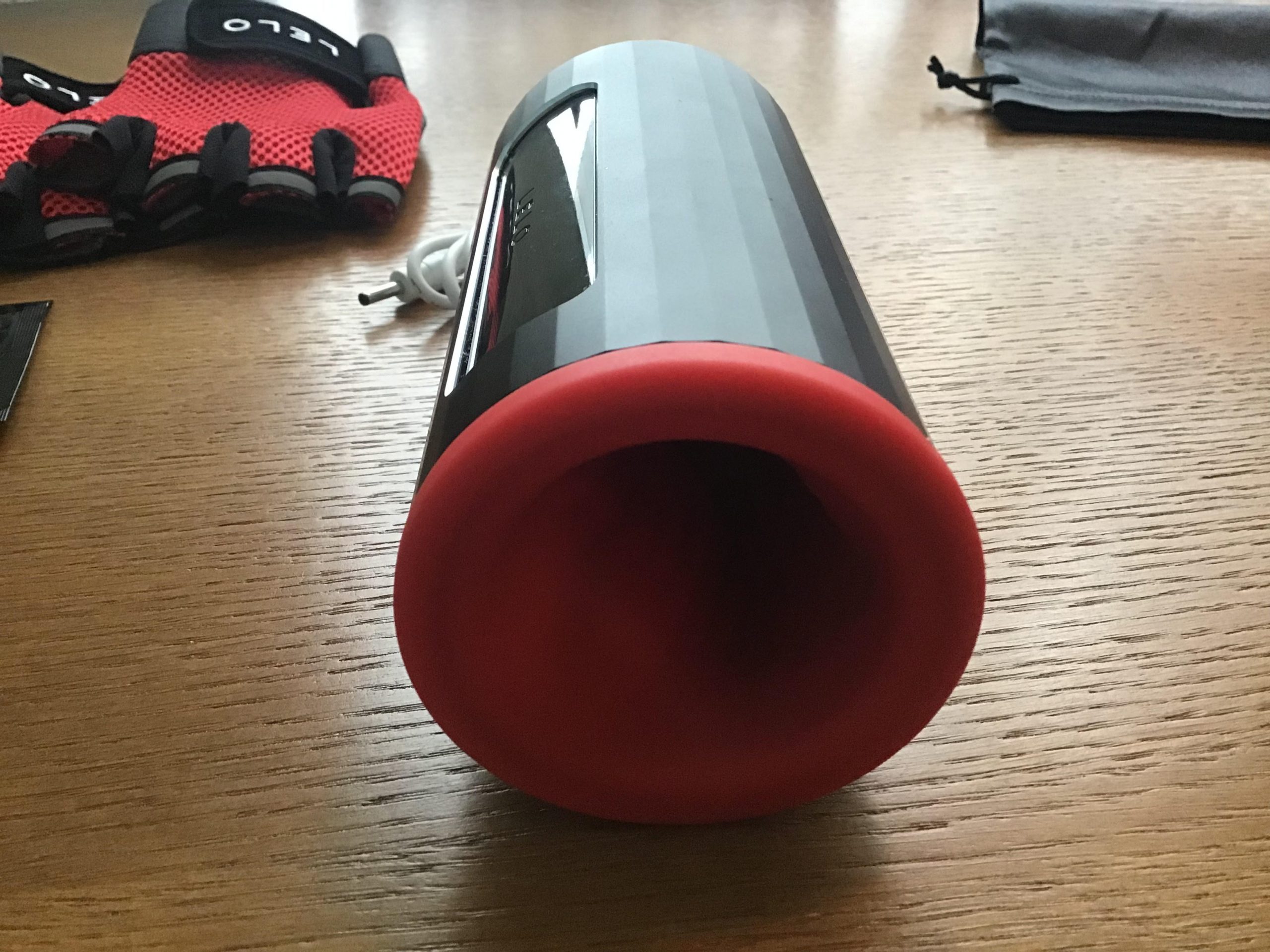 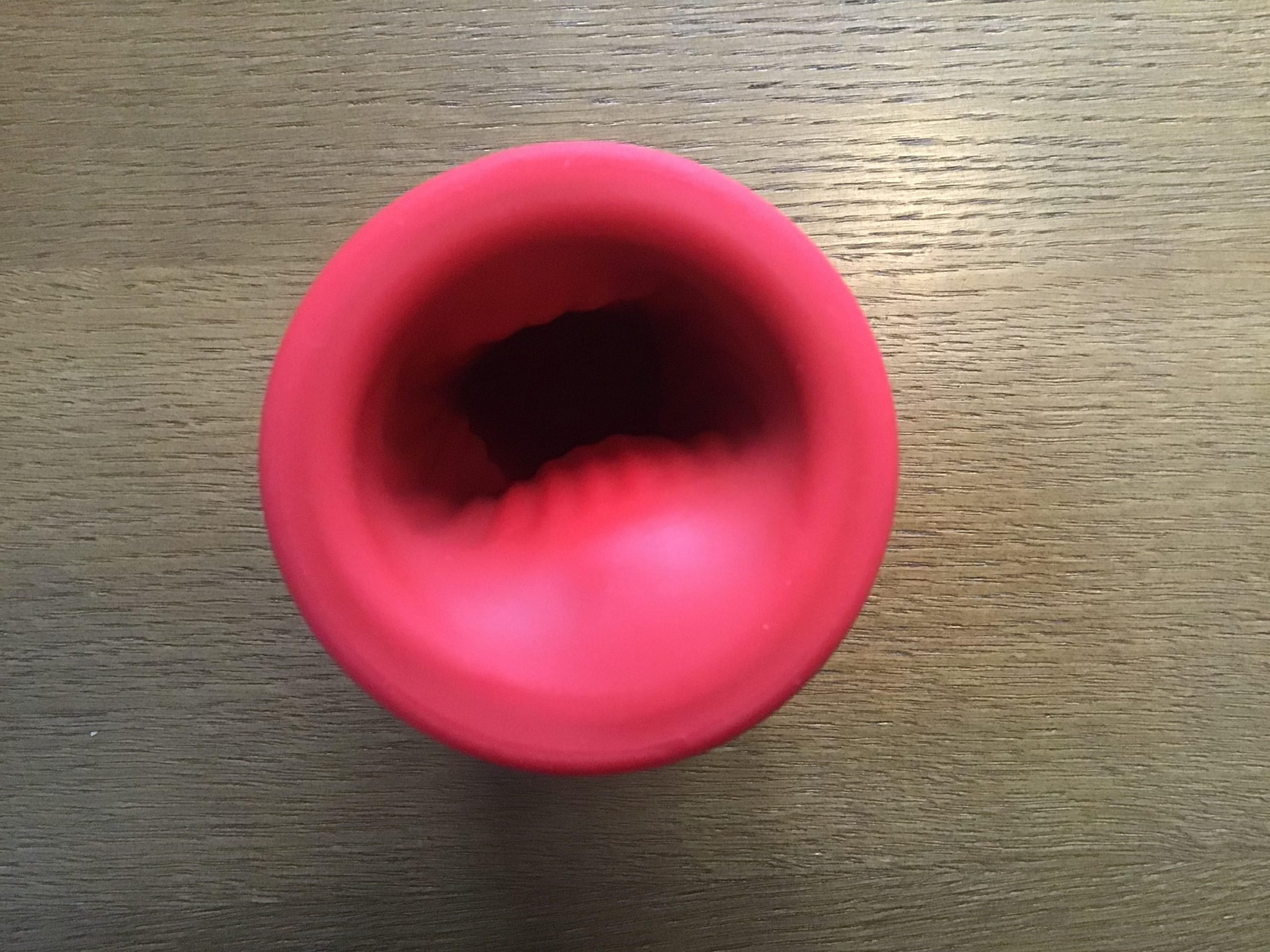 As you can see, the entrance isn’t actually round but elliptic. It’s an obvious choice as the penis is also kind of elliptic.

On the back of the toy, there are three buttons: Power button and two buttons to regulate the intensity. There is also a charging port (which is sealed on the photo). 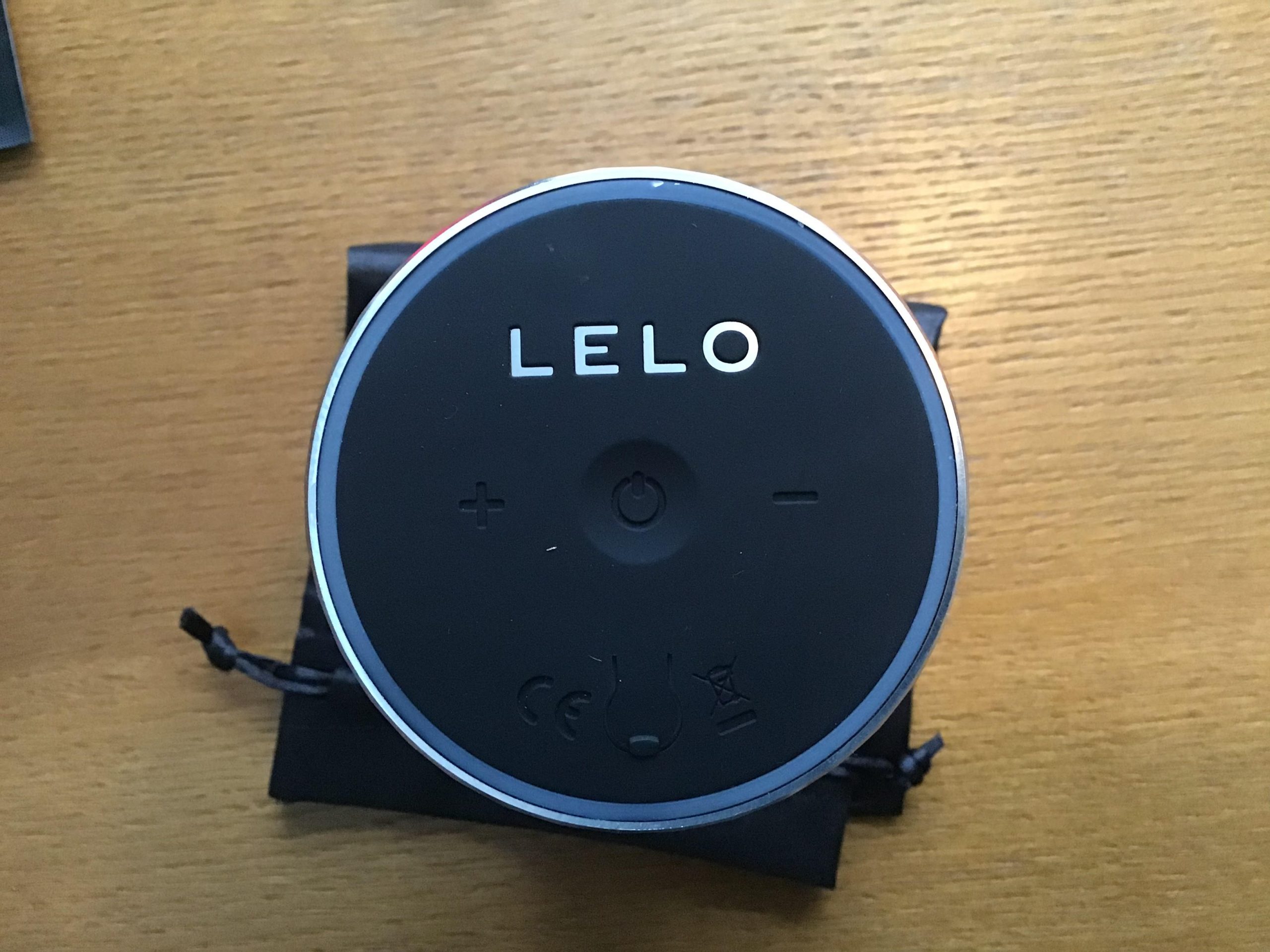 I can’t say that F1s is “packed” with features but it sure allows for a lot of customization.

First of all, F1s is extremely portable. As you can see from the image below, it’s smaller than Tenga Flip Zero EV and way smaller than Lovense Max 2. 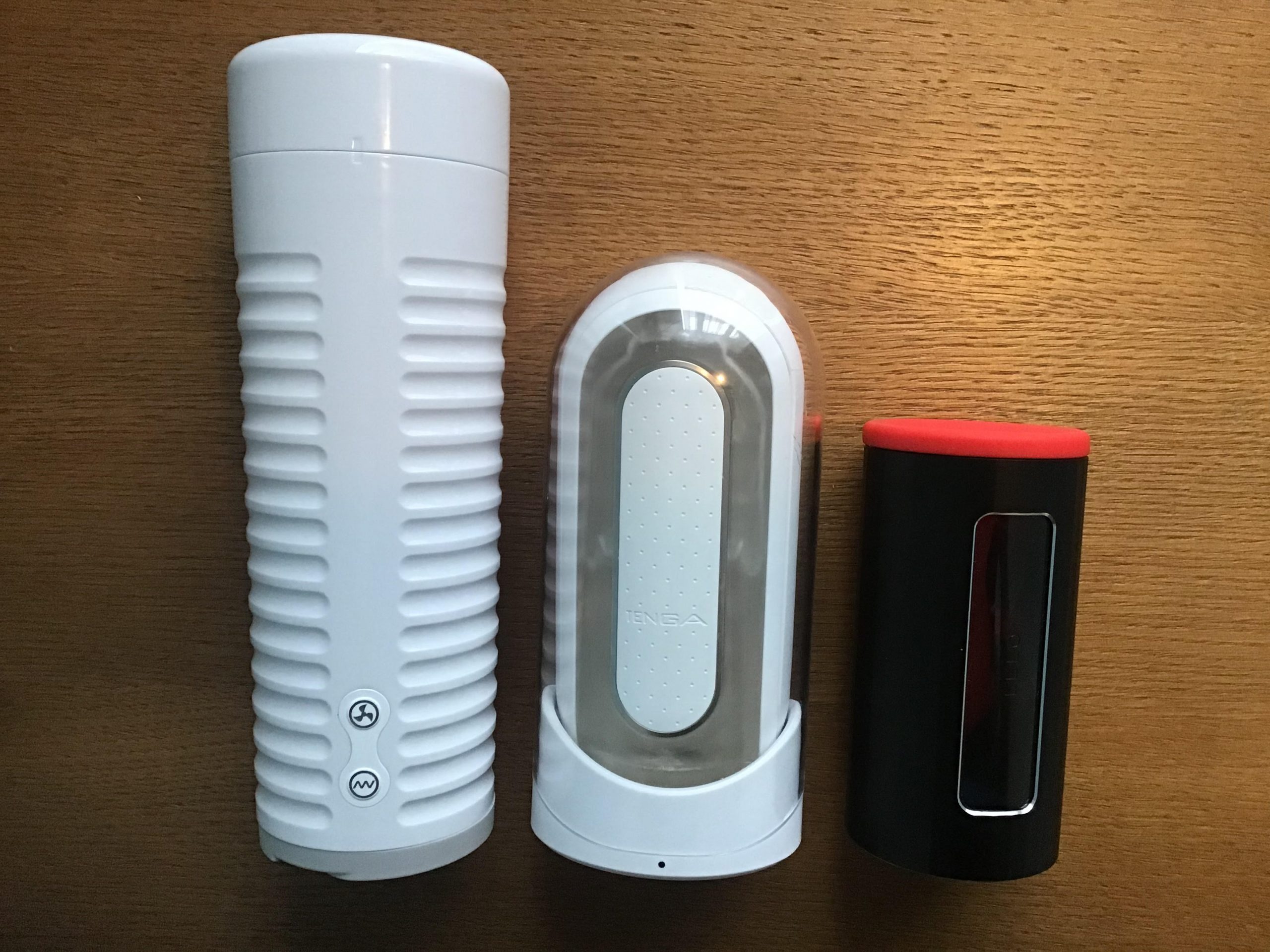 There are two motors. The one that stimulates the head is considered the “main” one, and the other is placed near the entrance and is responsible for vibrations.

Both motors have 15 intensity settings so this brings tons of variations you can try. The manual interface doesn’t allow for separate control of the motors so you’ll need to use an app for that.

The sleeve is made of body-safe silicone but I honestly find it rough. It could be more stretchy and “gentle” so to say. Also, there are a ton of sensors all around the toy that measure vibration, temperature, pressure and whatnot. It’s really nice of Lelo to try to push boundaries with all this data but for me it was useless. Maybe those who want to develop custom apps for F1s will find it more usable.

F1s is fully waterproof and rechargeable. I don’t actually remember how long did it take me to fully charge the toy for the first time (though it already had some juice in it on arrival) but I’m sure it wasn’t too long. Also, F1s delivers 2 hours of action on one charge, which is really nice.

There is also a see-through window so you can see the toy working. 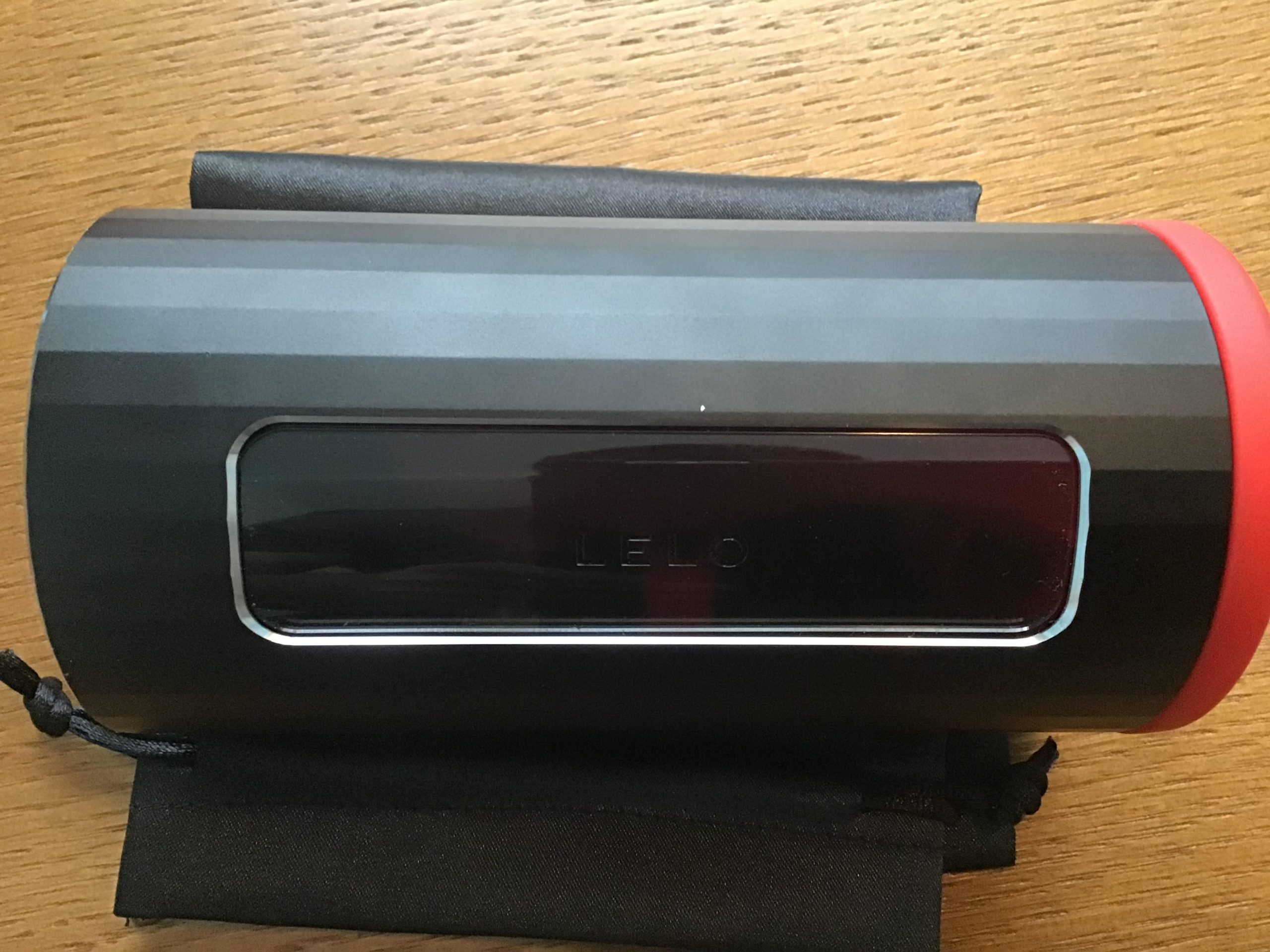 These are pretty much all the features, let’s get to testing.

Starting the F1s has a few things to remember. If you want to use the toy manually – just press the power button for 2-3 seconds and the toy will start. Now it’s possible to control both motors simultaneously by using “plus” and “minus” buttons. But, if you want to use the toy with the app, you first need to start the app and only then the toy. Also, in this case, you don’t press and hold, but rather quickly press the button once to connect and then once more to confirm the connection.

The first time I used the toy I didn’t have any connection issues but they started during the following uses. The issue was that after pressing the button for the second time (to confirm the connection) the toy would start running on the manual mode. Sometimes I had to turn off the F1s and close the app several times to successfully sync them. Sure, it may be my fault but I suppose the toy should be a bit more idiot-proof for people like me.

I synced F1s with an app and it was time to enter the toy. First, I want to note that I’m not considered a “big” guy (5.6” in circumference and 6.3 in length) but even so, I found entering the toy a pain (figuratively but sometimes literally). I did lube both, the toy and the penis, if you’re curious about that. I thought that maybe I used not enough lube so I’ve added an extra but things didn’t change. Also, it’s nearly impossible to enter the toy fully being flaccid or semi-erect. Why did I write “fully”? You actually can kind of lay your D at the entrance of the toy and the vibrations will stimulate you till you get the full erection (at least it worked for me). So, a full erection is the only way to go but even then, I found the sleeve too tight. I had to apply a lot of force to push forward and the process wasn’t pleasurable. In addition, you’ll hear kind of farting noises during entering the toy because the sleeve isn’t open-ended so the air you push out of the toy produces such funny noises.

Thanks to the patience and some extra effort I was all the way in. Honestly, the motors actually feel nice. The main one does a great job in stimulating the head, though on the highest settings it feels uncomfortable (at least for me). But I enjoyed the vibration motor on the base of the penis even more. It really feels like a different kind of vibration (so-called SenSonic). Was it enough to ejaculate? Kind of but it took a while even for me and even of the highest settings, and I consider myself a sensitive guy. The issue is that you can’t move the toy, can’t thrust it and you really want to when aroused. Also, pulling the penis out of the toy didn’t seem a viable option for me considering how difficult it was to get inside.

Yes, you will ejaculate but it’s not as easy as with the pocket pussy when you can just add a few more thrusts and voila.

Regarding the Cruise Control feature, which “ensures F1s never experiences a frustrating power drop during vigorous use”. Maybe the power doesn’t drop but the main motor just stops working if you push inside the toy too hard. When you release the toy, the motor starts working again though.

Another thing to keep in mind is that when drained out of power, the toy is virtually useless, unlike Tenga Flip Zero EV, Lovense Max or even Fun Factory Manta.

Now a bit about the app. It works, but it’s far from being a good one. The toy doesn’t start if you just press “+” on one of the motors; you actually need to press the start icon before that. There is no way to quickly adjust the speed (just continuously pressing plus or minus). It lags hard when swiping the screen to see the data from sensors. And overall, it’s not a feature-rich nor user-friendly app. Here I think the Lelo really can learn a lot from Lovense. Most likely people in Lelo understand that the app is very raw (and it was meant to be actually) but I hope they are working on it.

The cleaning process itself is a breeze. You just fill the toy with water several times. The only issue is that it’s difficult to reach the bottom of the sleeve with fingers to check if everything was washed out (at least for me). Drying is also easy and the toy dries quite fast.

It’s a mixed one. Partially, I believe the experience was ruined by very high expectations which, let’s be honest, weren’t met.

It’s a great toy if you’re up for vibrations and teasing but a bad one for a quick wank.

It’s an amazing toy for traveling, and a bad one for bigger guys.