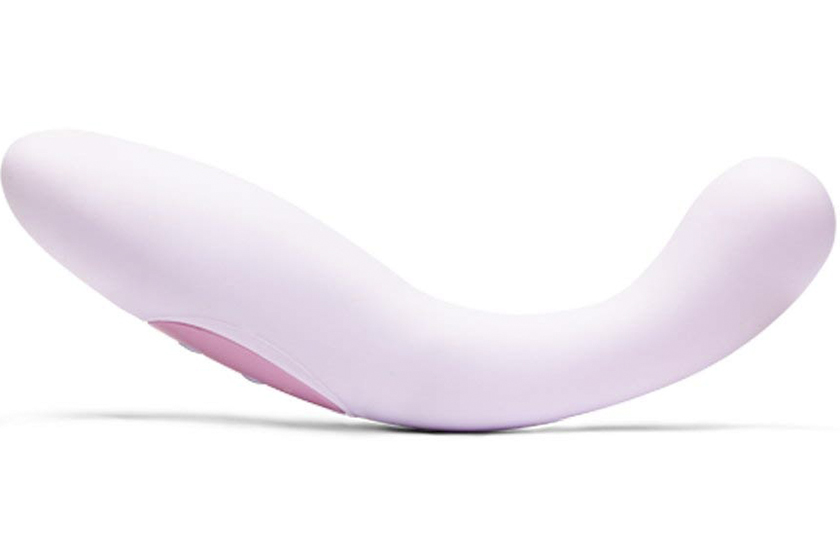 If you haven’t, please google it and then come back. We’ll wait for you.

Usually, with a G-spot style vibe, there is a pronounced curvature. They’re designed this way to allow the user to put a greater degree of upwards pressure on the anterior wall of the vagina, where the ganglion of happy nerves called the G-spot resides. Since every vagina is a special snowflake, they’re all built a little differently: some vaginas are shorter and others are longer. As if that weren’t enough, some G-spots are very close to the entrance of the vagina, and some are much further back. The end result of all this variation, and a “one size fits all” curvature to a toy, is that the user has to sort of maneuver the toy in and out while maintaining the upward pressure to locate the G-spot. Once it’s found, you kind of have to pay attention to keep the toy in the same place doing its job. 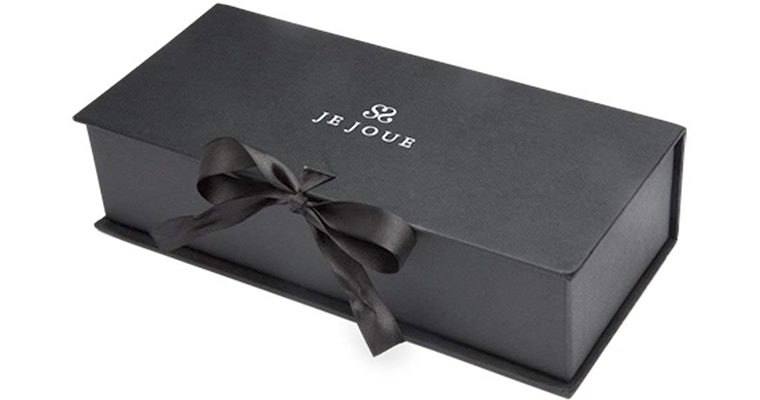 Now, out of the box, the G-Ki has that same characteristic curve. It’s about the same curve as the edge of a dinner plate, for comparison. This is on the “gentler” side for G-spot vibes, allowing for a deeper penetration. The entire vibe is a little less than ten inches long, and there’s nothing stopping you from inserting the entire thing (it’s water-proof and there are no protruding buttons or sharp edges) if that’s what it takes–some folks do enjoy a little fornix and/or cervical stimulation after all. Fully extended, this can get you there.

On the side of the G-Ki there are two slightly raised buttons, and these are the key to its unique feature: by pressing the buttons and bending the vibe, you can adjust and lock the curvature. At its “tightest” setting, the pressure point of the tip would be around two inches in. At this point, the vibe looks like a letter J. That’s a pretty wide range of adjustability!

The benefit of actually setting the curve to fit your anatomy is two-fold:

First, it helps for consistency and peace of mind–once you find your sweet spot, you can go to town on it without having to constantly reposition either the toy or yourself. As we all know these adjustments can sometimes be distracting and counterproductive to concentrating on the task at hand. This is much more foolproof once set up. You slide it in until the handle is resting on your pubic bone and BAM it’s right where it needs to be. How cool is that? The forward bend also makes it easier to hold the handle and access the controls with the tips of your fingers.

Second, and just as importantly, because the outside handle part of the vibe is placed right up against the labia and pubic bone, it can provide additional stimulation to the clitoris. This was great for me, since my G-spot has never been able to close the deal all by itself. Having my love button directly stimulated while simultaneously getting to the G-spot was something that I could only do with two toys (and two hands) and it was a LOT more hassle. With the G-Ki I was able to do it easily. 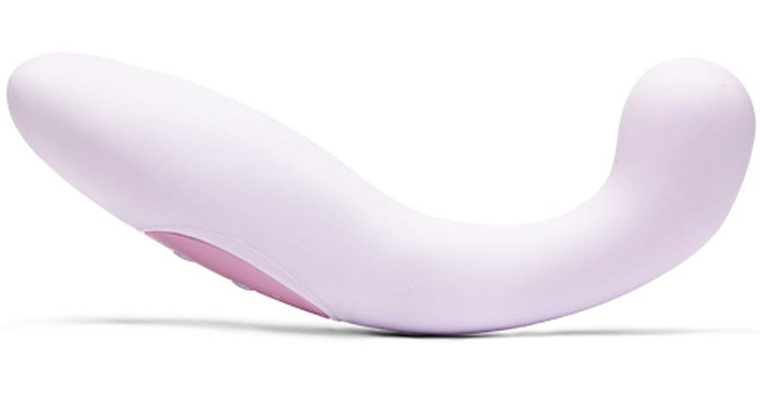 If that’s not a ticket to paradise, what is, Toy with Mes? We’re talking a double-barrel shotgun of vagina party!

The G-Ki is super easy to control, with just four buttons total: two on the side, which release the locks on the articulating joints, and two on the top, to control on/off, vibe speed/intensity, and vibration pattern. The patterns are typical: variable speed steady on, pulse on/off slow and fast, ramp slow and fast, etc. Vibe strength was good, and it feels like there are two motors in the housing: one in the G-spot tip, and another in the handle. Although the entire housing is wrapped in silky, high-quality silicone, the handle is firmer than the tip. That’s a good thing, in my opinion, since it allows for plenty of pressure on the exterior vulva while still maintaining softness and comfort on the inside.

As is typically found on higher-end vibes, the G-Ki is rechargeable. One of the more interesting features of the vibe is the way the charger is attached: it’s a magnetic pad that sticks to the metal control buttons and makes the electrical contact that way. No plugs or flaps or other stuff to open–just place the charger pad near the buttons and click it sticks right on. An LED tells you that it’s charging and when it’s done.

There’s also a one year manufacturer’s warranty, so if it breaks or doesn’t work right, you’re covered. 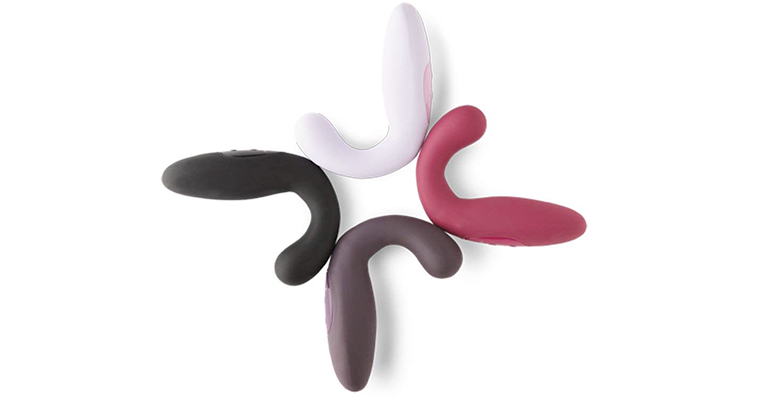 So if you’ve ever been frustrated and not able to find your G-Spot with traditional G-Spot toys, or if you HAVE found your G-spot but been fed up with positioning your toys, this is the one for you! I have to warn you though, your social life might suffer and your friends might think you’ve got a little secret lover on the side because they won’t hear from you for days on end. You may lose your job because you’re too busy getting to know yourself in a whole new, awesomely mind-blowing way. Try explaining that to people! “I lost my job due to… carpal tunnel. Yeah, that’s it.” But you won’t care because you’ll have more time to spend with your G-Ki.