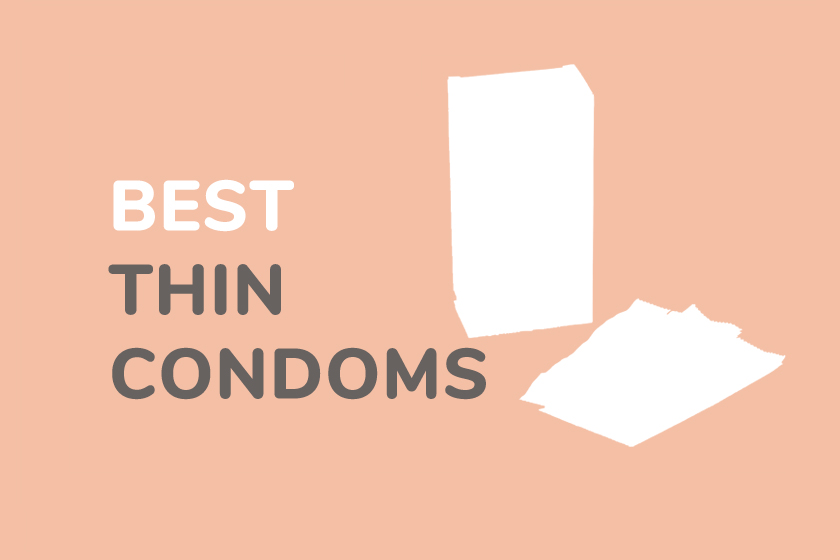 Let’s be honest, people and condoms have a love-hate relationship. We’re all glad they exist – long live birth control and all that – but it’s always a bummer when you stick it in and it feels like you’re sticking your little friend in a rubber glove…

No fear though! ToyWithMe is here to save the day with our list of the best thin condoms!

The thinner the condom, the more sensation is experienced during use. Even though every condom is plastered with signs saying “ultra-thin”, there are certain models that do the job a little better than others.

How to Choose The Best Thin Condoms

Even though all condoms on this list have been tested and are considered safe condoms to use, not all thin condoms are like this. There are some manufacturers, usually those of cheaper condoms, that don’t test their products thoroughly which can result in condom breaking.

You don’t need us to tell you this is a bad thing to happen!

Thinner generally means more sensation, but this isn’t always the case. The material that the condom is made of as well as how advanced the features of the condom are also impacts this. If you’re looking for maximum stimulation, we’re sure that there’s going to be a few that suit your fancy in this post.

Textured sides or special heat-transmitting technology, this list has it all and it’s important to keep extra features in mind when choosing a condom. Features aren’t what make or break a condom, but they sure can make the experience a whole lot better (or worse…).

Want to learn how to improve your safety while using a condom? Check out this article by Brunet. 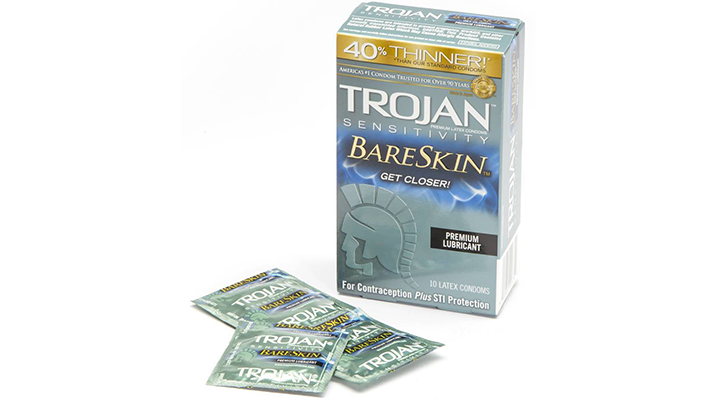 The first condom on this list is the Trojan Sensitivity BareSkin Thin Condom; a model that’s 40% thinner than normal Trojan condoms.

Not only is this condom thin, but it comes with other benefits that make it stand out. For starters, it’s unscented and comes with a reservoir tip for improved safety. The extra-strong latex it’s made from also helps to increase your safety when using these condoms.

These condoms also come with pre-applied premium lubricant that makes it possible to whack them on wherever you are without a moments notice.

The Trojan Sensitivity BareSkin Thin Condoms come in a pack of ten and are averagely priced compared to the other thin condoms on here.

Cons: Lube may have to be reapplied during use 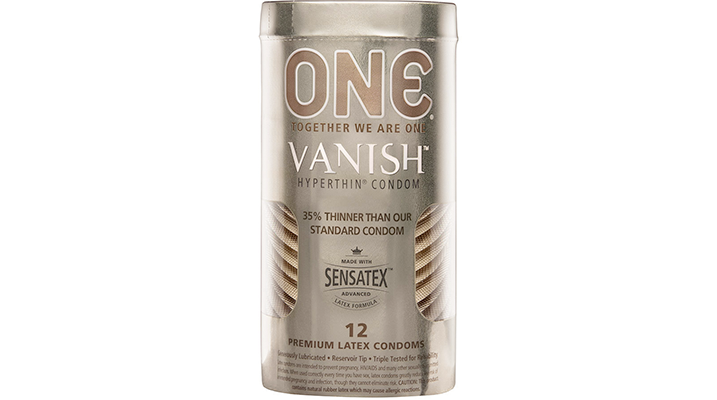 Second are the ONE Vanish Hyperthin Condoms which are 35% thinner than ONE’s standard condoms.

These condoms come with a reservoir tip for easier removal and more safety, and are generously lubricated too.

The ONE Vanish Hyperthing Condoms have a size of 7.5 inches so fit almost all penis sizes. They’re in the low-mid price range compared to the others on this list.

Cons: The pre-applied lubricant is silicone-based which may cause trouble if you’re allergic 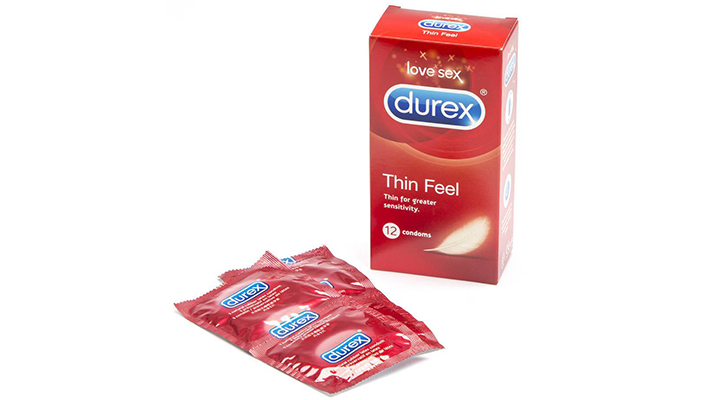 Next is the Durex Thin Feel Condom, and given the reputation of the brand, it was only a matter of time before you’d be reading an entry by Durex.

These condoms are made from natural rubber latex and are extremely durable when it comes to rips or other issues. They’ve been specially designed to be as easy as possible to use, boasting easy on- & off technology.

They’re lubricated with a non-spermicidal lubricant which not only further protects you against unwanted pregnancy, but also makes it possible to use the condom out and about, even when you can’t get your hands on any lube.

The Durex Thin Feel Condoms are shaped for a great fit and come in a pack of 12. They’re averagely priced compared to the other list entries.

Cons: The smell is a little rubbery 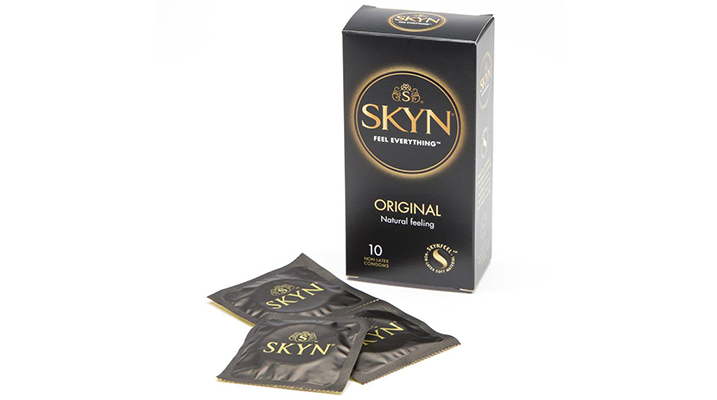 The Skyn Original Non Latex Condoms are the next thin condoms on this list, and they’re luxury condoms with a great design.

The first thing you notice when you look at these condoms is the packaging. Its black and gold and gives off a luxurious vibe. They’re also made from a material other than latex which makes them great for people with allergies or sensitive skin.

These non-latex condoms come with a regular fit which suits pretty much all penis sizes. They’re also electronically tested to the highest standards to ensure they’re as safe to use as possible.

The Skyn Original Non Latex Condoms come lubricated for easier use, and come in a pack of ten. They’re on the slightly more expensive end of this list, but are a great condom if you’re looking for something for a special occasion.

Cons: Not ideal for regular use unless you have a larger budget 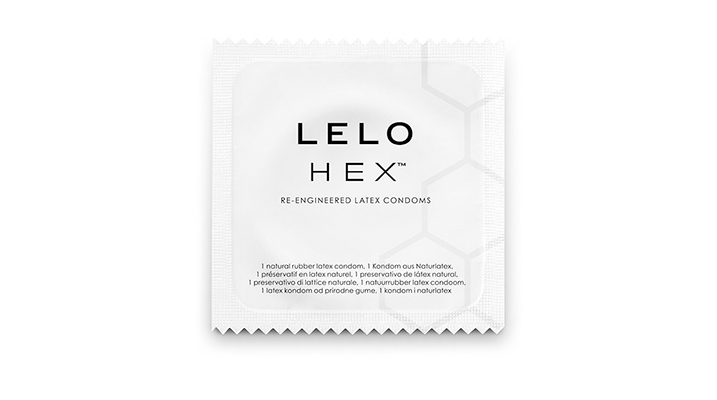 The Lelo HEX Condoms are technologically advanced and packed with features – Perfect for this article!

Boasting to be the first condom in years that’s innovative, this condom surely is something else. It’s made out of connected hexagons which make for a stronger condom and more safety.

Also, these condoms allow for heat to pass through, which means that after wearing it for a little while, it feels as if you’re not wearing a thing. It’s also slightly textured on the inside and molds around any penis size or shape.

The Lelo HEX Condoms come with lubricant pre-applied and are easy to slip on. These two features make it the perfect condom for use when out and about. It comes in larger packaging, but this keeps the price reasonable, which is average compared to the others on this list.

One of the Thinnest Condoms in the World 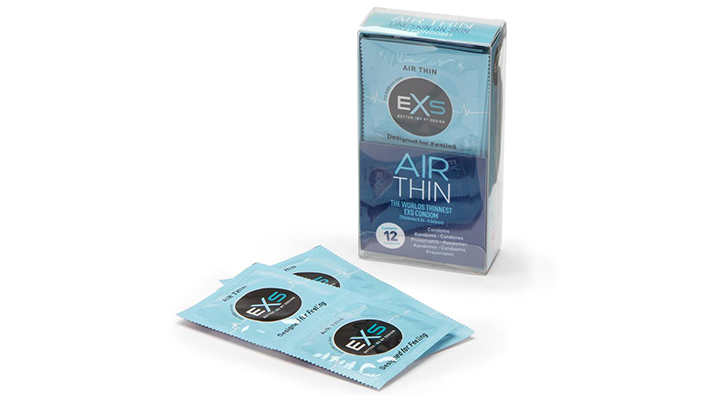 As one of the thinnest condoms in the world, the EXS Air Thin Condoms certainly isn’t a model we could leave out!

These condoms are ultra-thin, measuring only 0.045mm thick. When used, the experience is just like sex without a condom, but with the same level of protection as a standard condom.

These condoms are certified safe and come with a reservoir tip for extra safety. They also fit most penis sizes and are extremely easy to put on and take off. This makes them a great condom for keeping the moment alive.

The EXS Air Thin Condoms have no latex smell or flavor which makes them great to use. They’re one of the less expensive options on this list too making them great value for money.

Durex Condom That You’ll Hardly Know is There 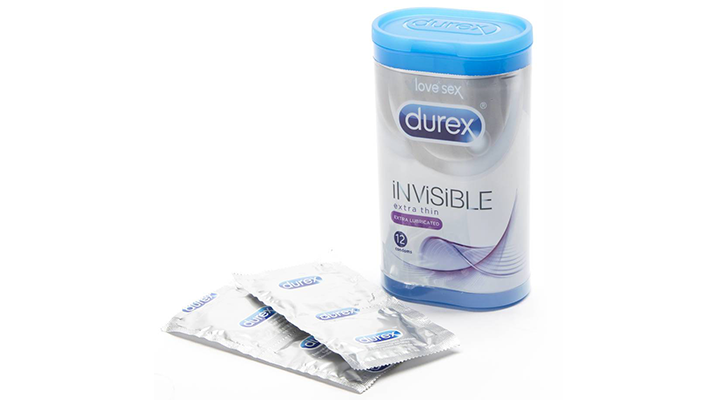 Next on the list and the second entry by Durex, the Durex Invisible Extra Lubricated Condoms are great for all situations.

Sex while wearing these condoms is almost the same as sex without a condom. They are see-through and almost invisible which makes the visual stimulation you receive a lot more enhanced.

These condoms are also lubricated generously to ensure you don’t need to top up halfway through the session. This makes them great for use outside of the house, or while traveling.

The Durex Invisible Extra Lubricated Condoms come in a pack of twelve and are slightly more expensive than the average condom on this list.

Cons: Quite expensive if you use them every day 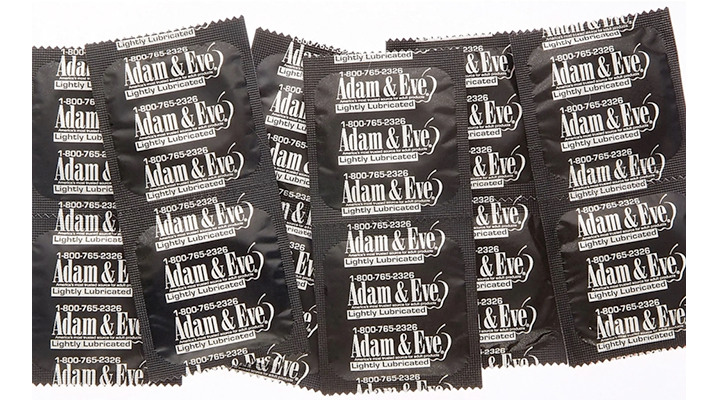 Nearing the end of the list, the Adam & Eve Ultra Thin Condoms were a model we had to include!

These condoms are extra strong and super reliable which ensure peace of mind while using them. It’s also contoured to ensure comfort while wearing it and the reservoir tip helps improve the safety even further.

They also come with ample lubricant applied to ensure safety is guaranteed wherever you plan on using them. The fluorescent pink color adds a fun twist to the otherwise boring condom, which is a fun addition.

The Adam & Eve Ultra Thin Condoms come in a twelve-pack, and you receive one extra free. They’re one of the least expensive condoms on this list, making them great value and great for regular use.

Cons: Some report that they’re a little on the small side

One of the Thinnest Condoms Available 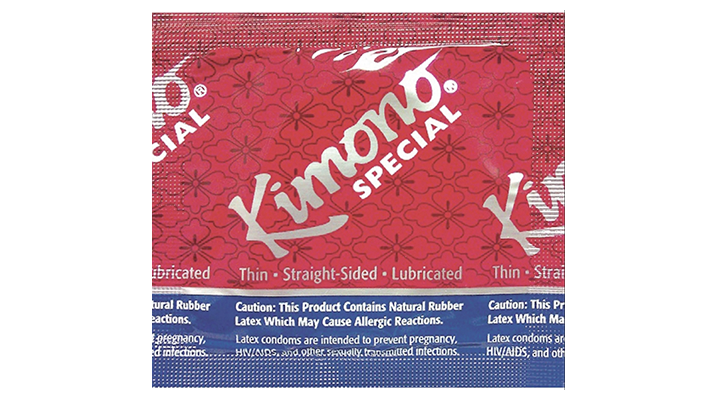 Third to last are the Kimono Special Condoms, a condom that’s one of the thinnest on the market and offers fantastic sensation.

These condoms are very reliable and are thoroughly tested to ensure strength and reliability to ensure you can rest easy knowing the condom has done its job. The reservoir tip and great fit also help improve ease of use and safety.

These condoms are also vegan-friendly which means they’re great for vegans in all walks of life. They come with lubricant pre-applied to make them great for use at a moments notice.

The Kimono Special Condoms come in a 12-pack and are paraben and glycerine free. They’re one of the less-expensive condoms featured, so are a great value.

Cons: They’re not commonly used/bought so reviews are quite limited

One of the Thinnest Textured Condoms Available 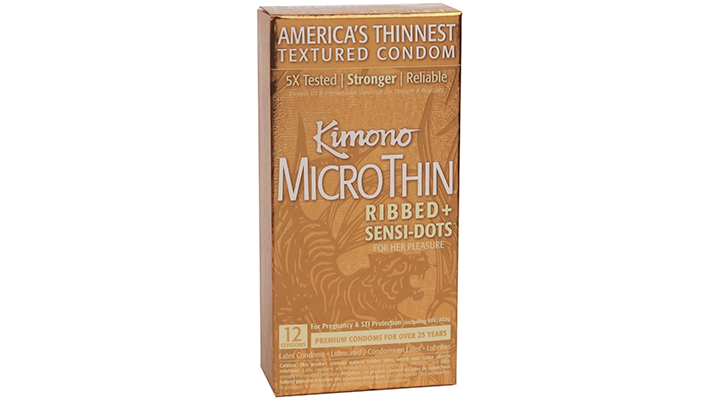 Lastly, the Kimono Microthin Ribbed & Dots Condom is a great model to close this list off with.

One of the first things you’ll notice while using these condoms is that they’re textured. This adds to the stimulation that these condoms offer and makes for even more sensational sexual experiences.

Even though they’re textured, these ribbed condoms are still extra thin to ensure you feel the most stimulation possible while wearing them. They’re also pre-lubed to ensure they can be used at a moments notice wherever you are, and the moment isn’t spoiled while putting them on.

The Kimono Microthin Ribbed & Dots Condom electronically tested to ensure maximum safety. It’s also one of the best condoms for her pleasure! They’re priced averagely compared to the rest of this list.

Cons: Textured condoms aren’t for everyone

Even though we have a love-hate relationship with condoms, it’s best that we use them when it’s needed. We hope that after reading this post, you’ve managed to find a condom that suits your fancy, and that’s easy to use!